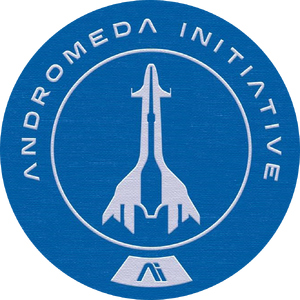 Founded in 2176 and launched in 2185, the Andromeda Initiative is a civilian, multi-species project created to send scientists, explorers and colonists on a one-way trip to settle in the Andromeda Galaxy. With powerful benefactors lending their support, the program has grown substantially in scope since its inception. The Initiative's ultimate goal is to establish a permanent presence on the seemingly resource-rich frontier of Andromeda, and eventually create a reliable route between it and the Milky Way Galaxy. 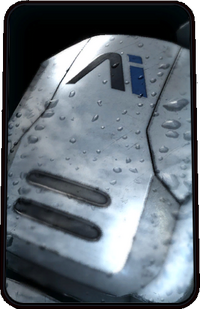 Brainchild of the visionary billionaire Jien Garson, the Andromeda Initiative was conceived as Garson's personal dream and a desire to prove humanity's capabilities beyond the military power demonstrated in the First Contact War. Garson officially began planning the Initiative in 2172, announcing her ambitious goal of launching a pioneering colonization effort to Andromeda within twenty years.

Internal reports show the struggles that the early Initiative faced. However, Jien Garson's personal stake and enthusiasm sustained the Initiative until the early 2180s when, after a sudden influx of investment and a new marketing strategy, interest in the Initiative grew afresh. Construction of the arks was completed rapidly thereafter, and the Andromeda Initiative officially launched in 2185.

The Initiative's mission statement to bridge Andromeda and the Milky Way, create a sustainable. inclusive civilization. and push scientific development forward by centuries In official literature, Jien Garson characterizes the Initiative as "continuing the search for humanity's next horizon."

Removal of the memory block sheds light on the renewed urgency behind the Initiative's launch. An unknown benefactor working with Jien Garson, and Alec Ryder himself, believed claims concerning "the Reapers," reported a galaxy-wide menace that returns at 50,000-year intervals to threaten all life in the Milky Way. The Andromeda Initiative's priorities secretly changed from a purely scientific and colonization effort, to a last-resort measure to preserve sentient life.

Details on the current situation in the Milky Way are sparse and impossible to confirm. A non-QEC signal in either direction, traveling at light speed, would take 2.5 million years to arrive. This lends new weight to the Initiative's success here in Andromeda.

In the event any member of the Pathfinder team encounters intelligent alien life, it is imperative that "first contact" protocols be strictly observed. The Andromeda Initiative holds the principles of peace and cooperation among our highest ideals. Aggressive action against extraterrestrials is only permitted when hostile intent is clearly demonstrated and Pathfinder team members are at obvious risk of injury or death.

Certain items are derived from Andromeda Initiative technology. Because this technology is already known, there is no need to spend resources to discover it.

Blueprints for the following armor sets are available on the AI schedule:

Blueprints for the following weapons are available on the AI schedule:

All weapon mods can be found dropped from enemies, looted from containers during exploration, and/or purchased from merchants on the AI schedule.

Starting on 7 November 2016, the Andromeda Initiative training became available on the Mass Effect website. There are six parts of training. If all six videos are viewed on the official Training Hub while the player is logged in to the site, they will receive an in-game exclusive special edition Andromeda Elite Helmet. This reward can be picked up at the Special Delivery Cache in the Pathfinder's Quarters on the Tempest.

A welcome to the Andromeda Initiative from its founder. Receive details on mission goals, challenges, and an outline of pre-departure training programs.

Introduction to the Ark and Nexus. Understand the roles each will play in our journey to the Andromeda Galaxy, and mission upon arrival.

Schematic overviews, capabilities and basic operation of a Pathfinder's principal space and ground vehicles, the Tempest and Nomad.

An introduction to standard weapon classes, biotics, and jetpack usage in terrain traversal and combat.