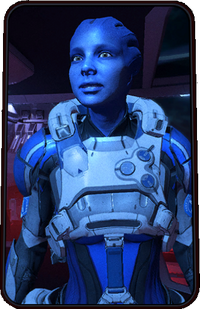 The asari are a Milky Way species.

Renowned for their long life span, biotic ability, and diplomatic nature, the asari were one of the most influential species in the Milky Way. Asari explorers were the first to discover the immense Citadel Station, and it was the asari who first proposed the creation of the Citadel Council.

Asari are mono-gendered. Their unique physiology allows them to reproduce with any species via a form of parthenogenesis, passing on genetic traits to their daughters. Almost all asari are biotic, and the control over their nervous system allows them to hone their powers to heights few other species can match.

An asari can live for a thousand years, passing through life stages referred to as Maiden, Matron, and Matriarch. Asari Matriarchs are ancient and respected, often holding immense cultural and economic power, though no such frameworks exist in the Heleus Cluster. 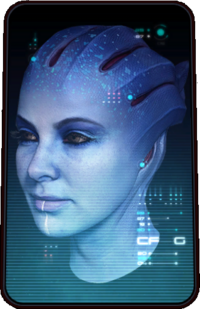 Though they appear feminine to many species, asari are a mono-gendered species. During reproduction, they provide two sets of genes to their daughters in a form of parthenogenesis, with the second set modified by contact with a partner. During asari melding, an asari attunes her nervous system to her partner, giving and receiving electrical impulses through the skin until the two briefly become one unified nervous system.

This fine control over their nervous systems contributors to the asari talent for biotics. Few species can train the level of control that most asari have by nature.

Since joining the Citadel, asari prefer to mate outside their own species, claiming that this fosters development and understanding. It also reduces incidences of Ardat-Yakshi, "pure-blooded" asari who suffer a dangerous genetic disorder. If asari are compatible with life in Andromeda, that will prove several theories about the fundamental building blocks of life. 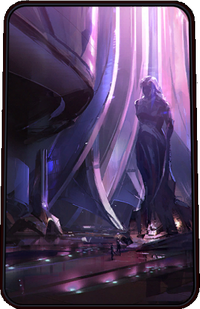 The asari come from Thessia, whose vast element zero deposits form the basis of the most powerful economy in the Milky Way. Living in small city-states, the natural asari tendency to cooperate led to the loose conglomerate known as the Asari Republics. Government operates as an "e-democracy;" policy discussions take place over the extranet and are open to all. Decisions are made by consensus, or with the advice of politically minded Matriarchs.

The asari military is relatively small and informal, but no less lethal. Small units of volunteer asari commandos, also known as huntresses, handle peacekeeping operations in asari space and were among the first Council Spectres.

Their thousand-year lifespan gives most asari a long view of events. Investments, social programs, and environmental policies trend toward long-term rather than short-term rewards. This approach drew many asari to the Andromeda Initiative, undaunted by the centuries-long journey. 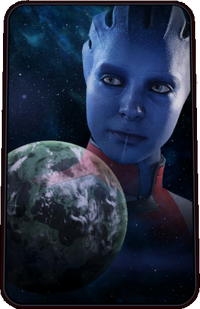 Archaeological evidence shows that abundant Thessian resources and their natural tendency to cooperate helped ancient asari develop city-building, writing, and agriculture unusually early. The tone of research papers suggests this is a point of pride for asari scholars.

After studying a number of Prothean ruins and developing their space program, asari astronauts found their way to the Citadel, the most advanced station in the Milky Way, deserted since the Prothean extinction. Later, when salarian explorers reached the station, the asari proposed a joint government eventually know as the Citadel Council.

The asari have played a fundamental role in galactic politics ever since. Asari commandos served with distinction in the Rachni Wars, despite heavy losses, and krogan occupation of the asari colony Lusia was the tipping point for the Krogan Rebellions. In recent years, the asari have devoted themselves to diplomatic service, including helping to negotiate the 2157 human-turian ceasefire.