Cobra RPG is a consumable and multiplayer supply.

The Cobra RPG can be found during gameplay at certain merchants, inside various containers, or on bodies of defeated enemies.

The Cobra RPG can be purchased from the multiplayer store for 5 Mission Funds or acquired from packs purchased in the store.

When a Cobra RPG is readied for use from the weapon wheel in singleplayer, the currently equipped weapon will be replaced with an icon

and a counter displaying the remaining number of Cobra RPGs available. As soon as the Cobra RPG is fired or holstered, the currently equipped weapon will reappear. After a Cobra RPG has been fired in singleplayer, a 3 second cooldown timer starts before another Cobra RPG can be used.

The weapon reticle will change to a unique version as long as the Cobra RPG is ready for use. This occurs in both singleplayer and multiplayer modes.

detonator at suitably primed enemies will set off a Fire Combo. 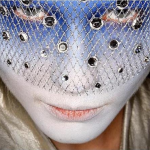