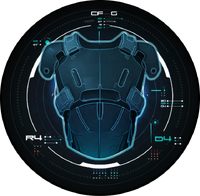 Fusion mods are used to enhance armor. Each is far more powerful than the otherwise comparable armor augmentation, but each comes with a major penalty. As with weapon mods, fusion mods can be swapped out during loadout.