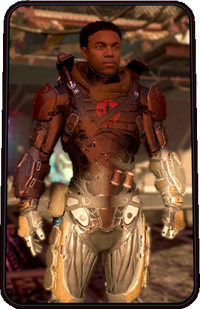 The humans are a Milky Way species. 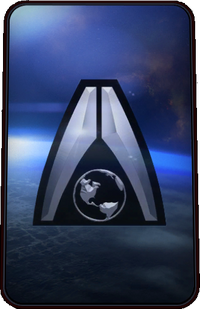 The Systems Alliance is a supranational government that spearheads human space exploration and settlement in the Milky Way. The Alliance is responsible for the governance and defense of extra-solar colonies and stations, and officially represents humanity on the Citadel Council.

The Alliance was founded out of necessity, as no single nation could fund and manage the rapid expansion of humanity from Sol. The discovery of Prothean ruins on Mars had proven that alien contact was inevitable, earning international support for the Alliance that solidified after Alliance forces liberated Shanxi in the First Contact War.

Archived extranet articles, and Jien Garson's staff bulletins, reveal tensions between the Alliance and the Andromeda Initiative. Construction of dreadnought-sized ships and persistent rumors of AI development, which would have damaged humanity's standing on the Citadel, led to the Alliance demanding to oversee the Initiative's labs and shipyards. Negotiations continued until the day of the Initiative's departure. 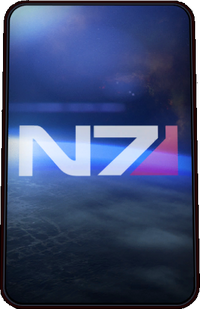 The most respected Systems Alliance officer training is awarded through Interplanetary Combatives Training (ICT) at the Vila Militar in Rio de Janeiro. Candidates at "the villa" are initially given 20-hour training missions to lead teams through hostile terrain on little food or sleep.

Trainees who do well are awarded an internal designation of N1 and are invited to return. Subsequent courses—N2 through N6—are often held off-planet and include instruction in zero-G combat, military free-fall (parachuting), jetpack flight, combat diving, combat instruction, linguistics, and frontline trauma care for human and alien biology.

The highest grade of training, N6, provides actual combat experience in conflict zones throughout the galaxy. If the trainee survives these scenarios in "admirable and effective fashion," he or she finally receives the coveted N7 designation. N7 is the only ICT designation that may be worn on field or dress uniforms. 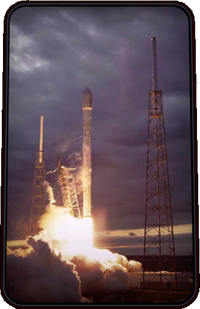 The human philosopher Plato once said: "Astronomy compels the soul to look upward, and leads us from this world to another." For much of its recorded history, humanity has indeed looked to the night sky and dreamed of venturing to the stars. However, after the historic NASA Apollo 11 moon landing in 1969, the drive for crewed space exploration slowed as government funding dried up. The move towards cheaper unmanned probes and orbital stations gained traction instead, as one of the central obstacles was the expense of creating first-stage booster rockets that would be lost after each flight.

But the lure of sending people into the cosmos never lost its draw. In the early 21st century, a private company called SpaceX pioneered efforts in sustainable space travel by developing a reusable launch system. It revolutionized the field as the first entity, government or private, to successfully launch and then safely recover an orbital booster rocket intact, allowing it to be reused in future launches. Reusable hardware placed lower-cost, sustainable space travel within reach.