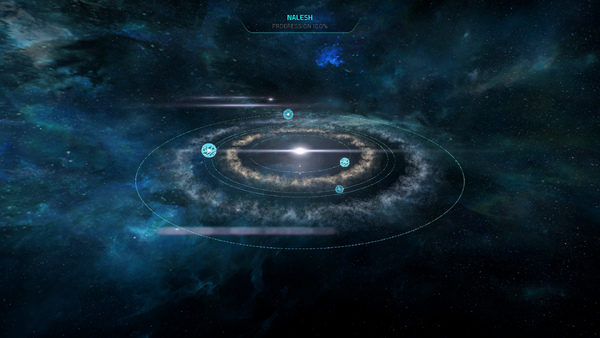 Nalesh is a star system located in the Heleus cluster. 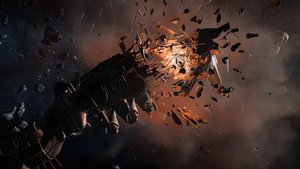 An anomaly is detected in this system. Scanning reveals Starship Wreckage.

This kett mining vessel appears to have been torn apart from the inside—likely a mechanical failure. The destruction seems to be recent. 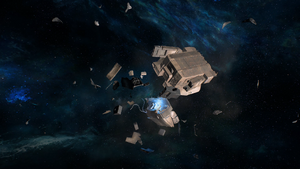 A second anomaly is detected in this system during Life on the Frontier. Scanning reveals Starship Wreckage.

An emergency medical ship staffed with medical technicians, the Nightingale was dispatched to a far-flung mining station, but was lost along the way. Survivors who reached escape pods believe it was a kett attack, but there is no corroborating evidence to be found in the wreckage. 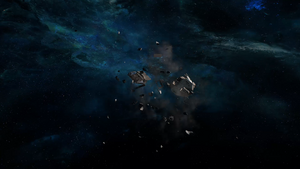 A third anomaly is detected in this system during The Little Things That Matter. Scanning reveals a ZK Tracker Signal Shuttle.

This vessel is not listed in any Nexus manifest, despite clearly being an Initiative vessel. All systems are encrypted in the same manner as Dr. Kennedy's ZK-Tracker satellites.