This patch was also rolled out with two different explanations of the changes made. As with patch 1.06, there is a patch and a combat balance update. 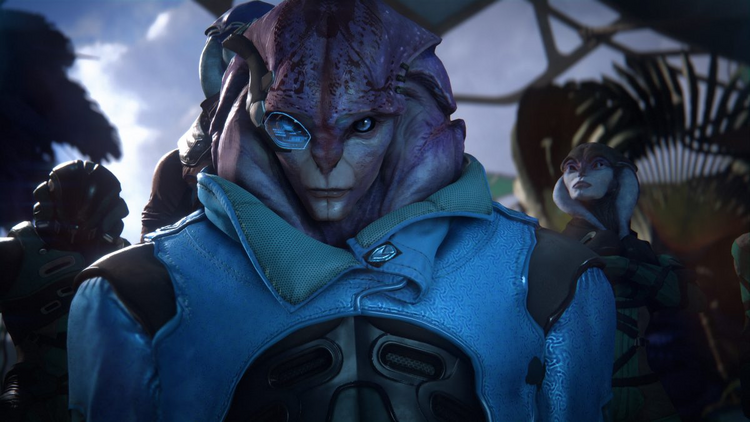 We’ve expanded the options available in the character creator, giving you greater control over your Ryder’s appearance. Two new heads were added, one male and one female, as well as a new complexion option and a greater range of available skin tones. We also unlocked all hairstyles for both sexes, and added a new bald option.

For players wanting to adjust their look mid-game, we added the ability to change your character’s appearance onboard the Tempest.

And for fans of Alec Ryder’s iconic appearance, you can now choose to keep the default Alec, rather than having his appearance be based on your custom Ryder.

Scott Ryder can now pursue Jaal as a romance option. There are several important reasons for this change:

Scott Ryder did not have a same-sex squadmate available as a romance option, nor could the achievement for completing three romances be achieved with only male same-sex partners. And as the angara have expressed their fluidity in how they perceive gender, it seemed only natural that Scott could have a relationship with Jaal.

However, we understand that a character’s orientation is an important part of what makes them feel real. The relationships with your crew are some of the most loved and cherished parts of our games, so we wanted to make sure we got it right. We consulted with members of the LGBTQ community, both externally and within our own studios. After carefully considering all feedback, we decided this was an important change to make, and one that made sense for Jaal, Scott, and the angara.

Our writing, editing, and animation teams worked together to ensure this change made sense for Jaal’s character, and the result is a relationship we hope feels as fulfilling and memorable for Scott as it does for Sara. 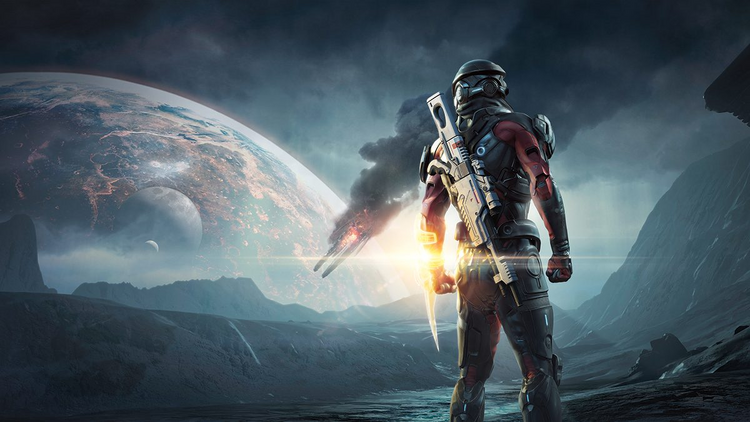 We’re continuing to improve weapon and power balance based on player feedback and our own tests.

In particular, we’ve addressed weapon bloom and accuracy. We’ve halved the maximum reticle size for automatic weapons and decreased the speed at which it reaches maximum size. We’ve improved accuracy for these weapons across the board.

Melee balance has also been addressed. We wanted melee builds to be viable for some kits at all difficulty levels, and to reduce reliance on the Juggernaut Shield. We’ve buffed base damage of nearly all melee attacks and introduced more passive bonuses to skill trees. We’ve reduced the melee bonus on the Juggernaut Shield to make it less of a required factor for these builds.

We’re addressing issues with teleporting enemies and reducing unfair sync kills. We paid particular attention to the Fiend, reducing its speed and preventing sprinting once it gets within 10 meters of a target. We’ve prevented enemies from sync attacking for two seconds after they jump up to a different level.

We’ve also made improvements to our pack offerings. For those of you looking to round out your roster, we introduced the Reserves Pack, a premium pack focused on characters. And if what you’re hoping for is that gun you’ve been missing, there’s now the Arsenal Pack. To speed up your refreshes between rounds, we’ve added a Jumbo Supply pack that contains five times as many consumables as a regular supply pack. Finally, you’ll now be able to purchase a Mod Pack from the item store, which contains a random weapon mod.[1]