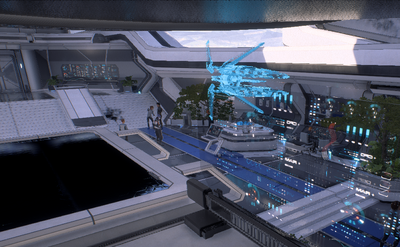 Port Meridian is the human settlement on Meridian. 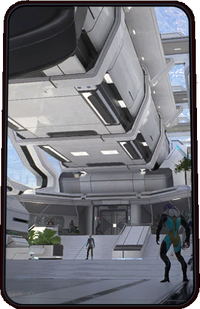 Meridian is now the name of both the Jardaan seed world shell, and the largely human port and city within. The architectural center of the port is the repurposed superstructure of the Ark Hyperion, which is being converted to stationary housing and research facilities. The controlled crash of the Hyperion, by Captain Nozomi Dunn, marked the first complete deployment and landing of an Initiative ark in Andromeda, effectively designating Meridian a human capital.

Adaptation of the former Ark Hyperion is ongoing, as is the deployment of its 20,000 sleepers. 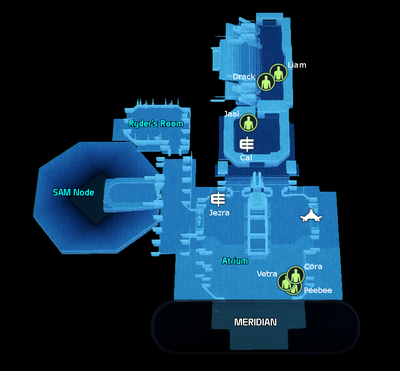 The following missions take place or are acquired in the Atrium: