The Remnant are an Andromedan species. They are the technological remains of an advanced, mysterious creator species that abandoned the Heleus Cluster about 600 years ago. Often, the remnant - ranging from small Observers to gigantic Architects - guard vaults and ruins, defending and keeping vigil over devices that can alter entire planets. 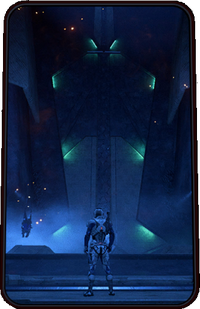 "Remnant" is the umbrella term coined for technology structures, and autonomous bots that have been sighted across the Heleus Cluster. Seemingly abandoned by whomever created it, this Remnant technology is extremely advanced, but most of it is in a "standby" state. On Habitat 7, Alec Ryder discovered that reactivating this technology requires scanning "glyphs"—data packets written in Remnant coding language—and my assistance with "interfacing" at particular consoles.

This is complicated by Remnant bots that still guard and maintain many of these installations. Remnant bots do not appear to be sentient, but they are programmed to consider any interference with their technology as a hostile act, and attack single-mindedly.

The kett have an interest in Remnant technology, and have been sighted across the cluster attempting to study or control sites where it is still active. Evidence suggests the kett have not yet developed a reliable method of interfacing.

Investigations at Khi Tasira reveal that the Remnant were built by a species or faction known as the Jardaan. This technology was intended to foster life that the Jardaan had created, using the vaults to manage planetary ecology strictly, controlled from a central point known as Meridian.

The Scourge destroyed the connection from Meridian to these vaults and deactivated many of the Jardaan's technological creations. The Jardaan left the cluster soon afterwards for an unknown location, leaving their technology behind as remnants of their civilization in Heleus. 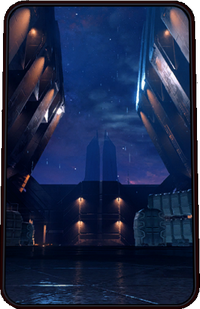 An artificial creation must have a creator, but there is scant evidence of whomever created the Remnant. I have consulted the Nexus scientists, scans obtained by Peebee—on the condition that I not rearrange her data—and records of your own investigation, but my conclusions remain speculation.

We can be certain that the Remnant builders are several orders of sophistication above the Initiative's technology. Interlinked cluster-wide planetary engineering is beyond the logistics or budget of any known species. The energy requirements alone suggest a Type I civilization on the Kardeshev scale.

On a cultural level, the builders must have been intelligent and capable of large-scale cooperation. The proportions of the vaults and devices found suggest a species with similar physical traits to humans, but with no genetic evidence left behind, their appearance—along with their motivations—remain a mystery.

The Jardaan are a mysterious species or faction responsible for building the bots and technology known as the Remnant. According to recordings and findings from Khi Tasira, they were interested in not only wide-scale terraforming but the creation of sentient life. One of their successful creations, the angara, were seeded on multiple worlds in the Heleus Cluster. The Jardaan's motivations for this creation are still unknown.

Their work was disrupted by the deployment of the Scourge weapon, the result of either an external threat or a rift in Jardaan society. This weapon devastated the worlds that the Jardaan had cultivated and forced them to leave the Heleus Cluster, though not before disengaging Meridian and sending it to safety.

The present whereabouts and disposition of the Jardaan are not known. Whether they will return to Heleus remains to be seen. 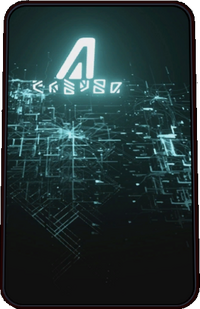 Most Remnant technology is inert or in a "standby" mode, but some is secured with a decryption grid. Unlocking it requires scanning the correct Remnant glyphs and arranging them in a specific order. The glyphs cannot repeat on any straight line or within a square block of four.

Peebee speculates this could be a safety measure. Even if a method was devised to brute-force hack an interface, it would not work with the decryption grid. Given the devastating consequences when Remnant technology is improperly activated, her analysis seems sound.

The arrangement of the glyphs appears to complete either a password or a code phrase within the grid as a whole. From the little I understand of the Remnant language, they appear to form an almost palindromic "Sator Square" sentence, but the finer meaning would require detailed explanation from the grid's designer. 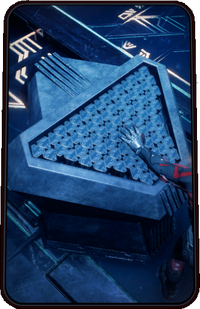 Remnant technology requires careful reactivation dubbed "interfacing," a process Alec Ryder and I first developed on Habitat 7. Using "glyphs" - dense data packets of Remnant code - a working understanding of their language, and the interface capabilities of a Pathfinder implant, I can help you trigger or control Remnant technology from appropriate locations.

Interfacing is the only way to activate certain Remnant technology, such as monoliths. Scans and surface damage suggest that the kett have repeatedly attempted to activate these sites by other, increasingly desperate methods, without success.

It is not clear whether Remnant technology is designed to be activated by an AI. There is no evidence of artificial intelligence in the Remnant structures investigated thus far, and Remnant bots have only rudimentary programming. However the glyphs contain recognition keys analogous to an electroencephalogram (EEG) implying that the system is designed to handle a form of neural input.

The following achievements and trophies can be earned which are related to Remnant:

Remnant are the focus of the following challenges:

The number of Remnant defeated can be tracked on the Accomplishments tab in the statistics menu.