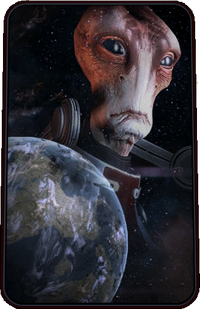 The salarians are a Milky Way species. 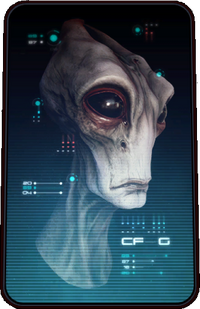 The salarians are a warm-blooded amphibious species from the Milky Way planet of Sur'Kesh. Naturally fast metabolisms mean that salarians live intense but short lives of less than forty years. Their quick intellect and photographic memory make them gifted scientists and engineers, and the Salarian Union is renowned for its technological advances as well as its secrecy and intelligence-gathering.

Tension between salarians and the krogan has lingered for centuries. Salarian scientists were responsible for creating the genophage that devastated the krogan population and ended the Krogan Rebellions.

Almost 90 per cent of the salarian species is male. Political power is centered in "Dalatrasses," rare salarian females who negotiate the fertilization of eggs and the strategic alliances that result. Many salarian females chose to join the Andromeda Initiative as civilians, a significant break in salarian tradition.

Salarians are renowned for their high-speed metabolism, allowing them to function on one hour of sleep a day. Compared to most species, salarians think and act quickly, processing both emotional and biochemical changes at a rapid pace; a salarian work day traditionally accommodates five or six small, high-protein meals to match. However, salarians also have a comparatively short lifespan of roughly 40 years.

Their large families were a contributing factor to the salarians developing photographic memories, enabling them to recognize hundreds of relatives. Salarians rarely forget a fact, face, or grudge; a popular saying suggests "making a salarian enemy in the morning makes a thousand by evening." 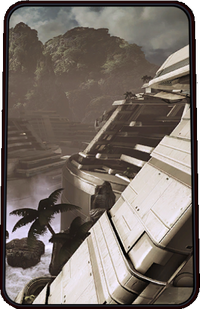 In the Milky Way, the Salarian Union is dominated by the rare salarian females known as "Dalatrasses," who negotiate the complex web of salarian politics on behalf of the regions they govern. Salarians belong to vast clans, whose interrelation and current political status must be painstakingly tracked. Clans are divided into concentric circles of relatives: those closest are in the first circle, which may be up to 100 members, and circles increase exponentially outward. This is considered confusing by other organic species, though it is mathematically straightforward.

Salarians do not have a concept of romantic love. The fertilization of eggs is a political act, since the lineage of any resulting females has a strong impact on society, and only occurs after months or even years of negotiations.

Multiple salarian females opted to join the Andromeda Initiative as civilians. Renegotiation of a dozen political dynasties in the Salarian Union was ongoing when we departed.

The fortunes of salarian political dynasties dominate their early history. Most students require VI assistance to trace the complex interplay of trade wares, intrigues, assassinations, joint scientific discoveries, and treaties that created the current political climate. Some of the most famous, such as the Ten Traders' War, have been immortalized in long-running extranet dramas.

The salarians were the second species to discover the Citadel space station that serves as the political heart of the Milky Way, making first contact with the asari and becoming founding members of the Citadel Council. Their intelligence gathering proved vital during the Krogan Rebellions, and later led to the creation of the genophage bioweapon intended as a deterrent. Its deployment by the turians remains controversial to this day.

The salarian STG (Special Tasks Group) has played a secretive but vital role in galactic history. Specializing in information gathering and covert missions, it's believed that STG operators have ended several wars before they began.