The Sovoa is an assault rifle. It is a multiplayer-only weapon and can't be crafted.

A semi-automatic assault rifle, the Sovoa fires energy blasts that cause a shockwave-like explosion upon impact. The elegance of the single-beam blast matches the rifle's sleek design. The Sovoa, translated to "lights out", is the first weapon developed by Taravay Industries, a new manufacturer co-founded by angara and the turians. A product of two galaxies, the rifle combines Milky Way kinetic coils and angaran explosives. 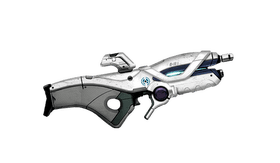 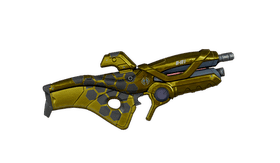 Due to the mechanics of the Sovoa, the Concussive variant isn't available. 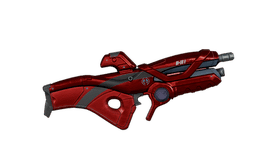 The Sovoa is unable to equip a receiver mod.

Due to the different versions of the Sovoa in multiplayer, it is possible to equip multiple versions at the same time in the Loadout screen.

The Sovoa is the focus of the following challenges: