The Venom is a shotgun. 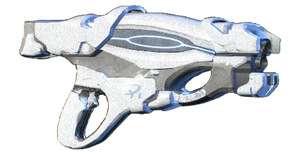 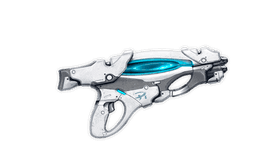 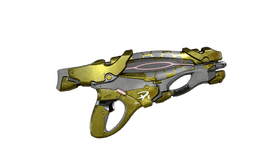 Due to the mechanics of the Venom, the Concussive variant isn't available. 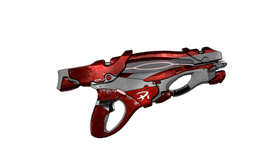 The Venom can be purchased from the following merchants:

The following augmentations cannot be applied to the Venom during development:

It is advised not to apply the Electrical Conduits augmentation to the Venom due to an automatic firing problem. (See here for details.)

As the Venom already has an inherent feature that causes the projectiles to bounce before exploding, do not apply the Ricochet System augmentation to this weapon during development. This only wastes an augmentation slot.

The Venom will not function correctly with the Beam Emitter augmentation. Instead of a constant beam like all other weapons using this augmentation, the weapon shoots what appears to be a projectile.

Because there are only four shotgun mods in singleplayer, and the Venom cannot use a receiver mod, adding a Double Mod Extension is a waste of an augmentation slot.

The singleplayer uncrafted Venom will always drop a random augmentation on deconstruction. (See Augmentation Drops for odds of recovery).

All multiplayer specialized variant weapons are separate weapons compared to the Rare version.

Due to the different versions of the Venom in multiplayer, it is possible to equip multiple versions at the same time in the Loadout screen.

The Venom is the focus of the following challenges: