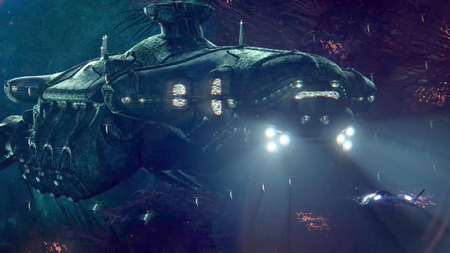 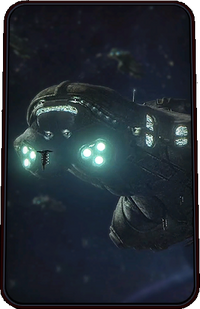 The kett flagship, Verakan, is a heavily armed warship that serves as the Archon's central command post for the kett incursion into the Heleus Cluster. Heavy main guns and exceptionally powerful kinetic barriers suggest that any frontal assault on the Verakan without a correspondingly powerful dreadnought would be suicide.

The vessel appears to serve as a research center for studying newly captured Milky Way species. Both krogan and salarian captives were encountered aboard, indicating the Archon's interest in exalting new species and acquiring their genetic traits.

The Verakan also houses many of the kett's most important Remnant relics, apparently gathered and presented to the Archon for study at his leisure. This fascination was evident in the Archon's private chamber, where he kept a special collection of Remnant technology and relics on display.

Verakan is related to the following mission: